I learned this, at least, by my experiment: that if one advances confidently in the direction of his dreams, and endeavors to live the life which he has imagined, he will meet with a success unexpected in common hours. 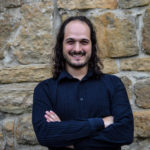 …and so I did, but it wasn’t an easy passage.

What an odd way to begin an “about” page, isn’t it? But then again, isn’t the same true for our future? We work hard through education in order to prepare for our future jobs and when we get there we realise that, despite having acquired the highest level of knowledge in human history in order to get our degrees, we lack the skills necessary to actually work, in a future radically transformed by globalisation, digitalisation and other notions that weren’t there while we were studying. Furthermore, that doesn’t just impact how jobs are changing, but the very way we go about our everyday activities and communicate with each other.

We’ve been preparing for the future, having no idea what that future will be like. 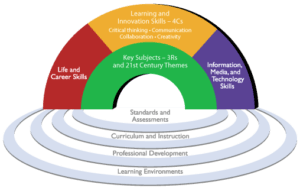 How to deal with it then?
Luckily, we’ve been long enough in this for several studies to be made and relevant frameworks to be developed that describe what skills are required for people to live and work successfully in the future, often called 21st century skills.
Not only that, but there are also related methods of experiential learning, developed for people to gain those skills in an engaging way that also helps retain them.
I’ve learned them the hard way so you won’t have to.

My name is Antonis, and I’m the founder of MYTRAINER. Pleasure to meet you!

MYTRAINER envisions a world of equal rights and opportunities, where young people are active global citizens that embrace diversity with empathy and are ready to build an innovative, inclusive and sustainable future, today.

MYTRAINER works with international trainers and facilitators, skilled in experiential education, in order to provide high-quality training opportunities for youth, preparing them for the 21st century’s demand in skills, knowledge and attitudes.

MYTRAINER creates experiential learning and training opportunities for young people to thrive in the 21st century, developing skills such as:

how, not what to think


thriving in globalised interdependence, inside out


out of the box and into the canvas of your future


If you’re a young individual looking for upskilling/reskilling on skills for the 21st century, keep an eye for our training courses on the skills above.

If you’re a Trainer, Youth Worker or Entrepreneur looking to engage your peers using the science of motivation that lies behind games, then you’re looking for:

MYTRAINER is a social enterprise that works towards the Global Goals for Sustainable Development and particularly Goal #4: Quality Education.
We emphasise on our social impact and reinvest at least 70% of our profits on our aims.

Be in the know

Online meeting effective – 11 tactics for gamifying your next zoom meeting

Coronavirus has changed our meeting culture overnight. Here are 11 ways to make it engaging!

I’m very happy and proud to be interviewed by Rob for his amazing podcast!

This website uses cookies to improve your experience while you navigate through the website. Out of these cookies, the cookies that are categorized as necessary are stored on your browser as they are essential for the working of basic functionalities of the website. We also use third-party cookies that help us analyze and understand how you use this website. These cookies will be stored in your browser only with your consent. You also have the option to opt-out of these cookies. But opting out of some of these cookies may have an effect on your browsing experience.
Necessary Always Enabled
Necessary cookies are absolutely essential for the website to function properly. This category only includes cookies that ensures basic functionalities and security features of the website. These cookies do not store any personal information.
Non-necessary
Any cookies that may not be particularly necessary for the website to function and is used specifically to collect user personal data via analytics, ads, other embedded contents are termed as non-necessary cookies. It is mandatory to procure user consent prior to running these cookies on your website.
SAVE & ACCEPT